Nature of the USA: 5 Unique Sights to Impress Your Eyes

You can find beautiful places all over the world. They exist as reminders that beauty can be found even in the midst of all chaos and turmoil - the main thing is to look for it. Many beautiful sights are situated in the USA and scattered throughout the country. 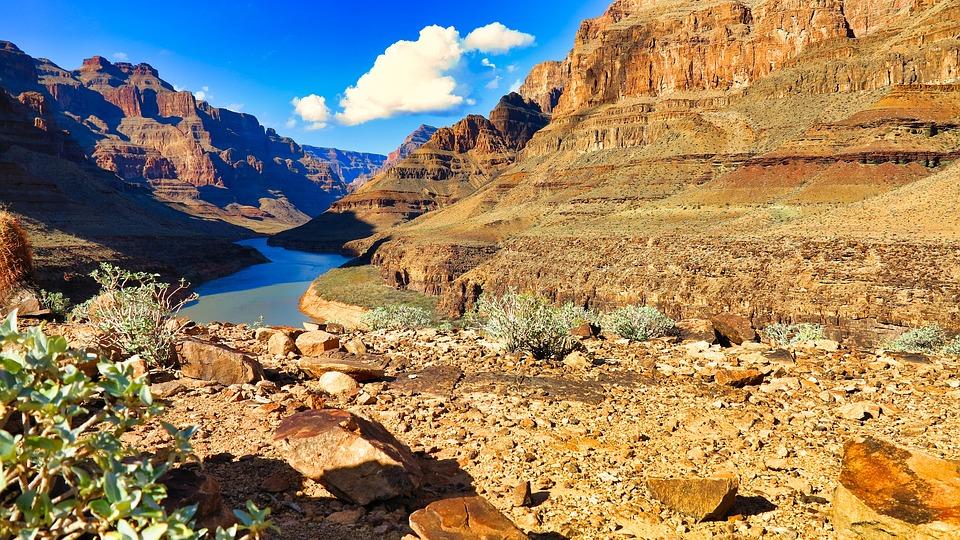 But what makes a sight beautiful? Maybe, this is hilly terrain or caves filled with mystery? It’s hard to say. No matter what it really is, it still draws us to these amazing places and continues to fascinate us. These places show travel and nature are two very important things that we often forget about during the bustle of our daily lives. Whether you are an experienced traveler or a beginner, you really need to see all this beauty. So, book your car rental for under 21​ and go on an amazing road trip around the natural sights in the USA!

The deepest lake in the USA 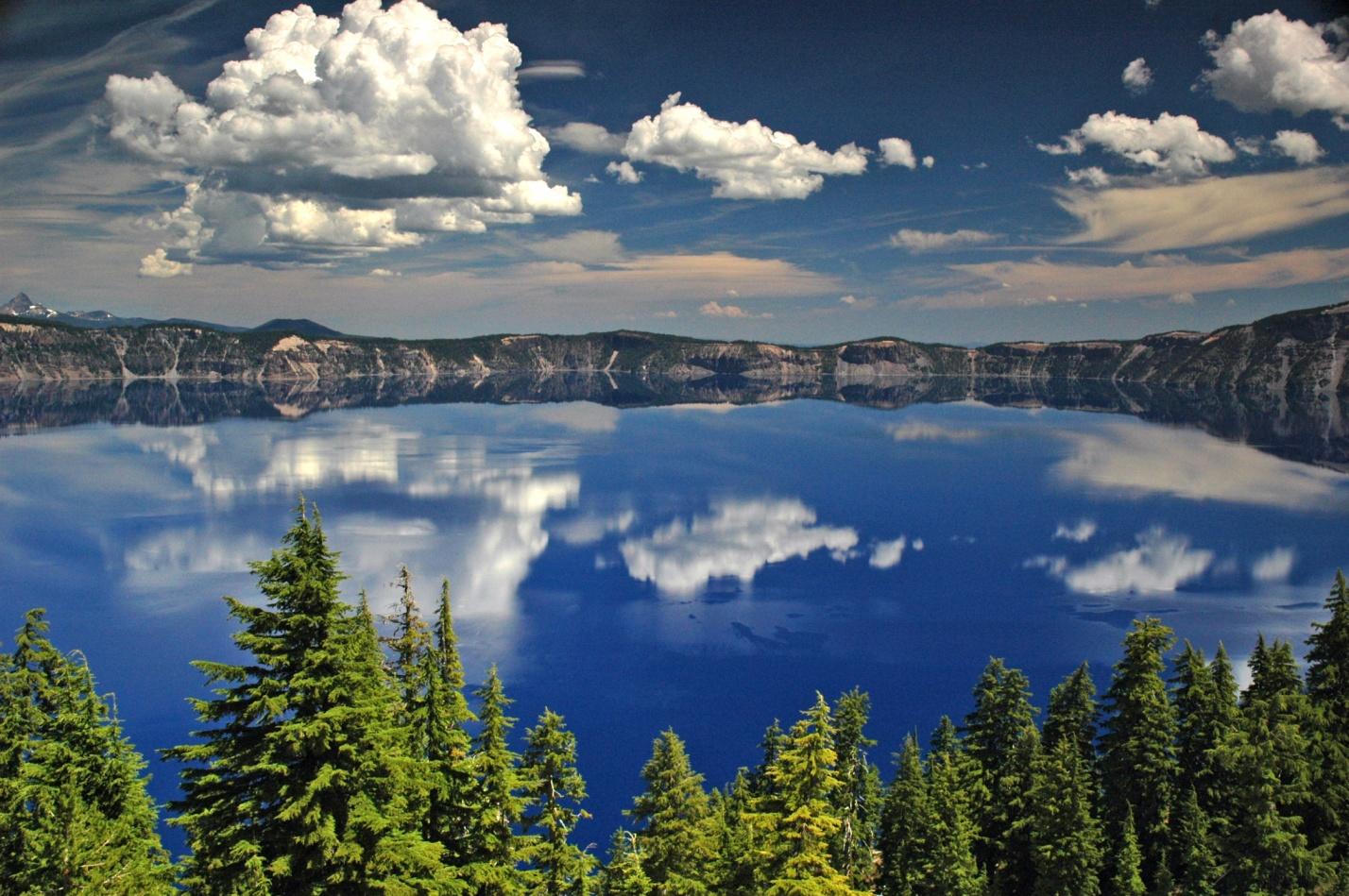 Do you want to see something really amazing? Then head to Crater Lake, located in central Oregon. This lake was formed after the eruption of the Mount Mazama more than 7,000 years ago. Water filled the caldera formed after the explosion, resulting in the deepest lake in the United States – 1,943 feet or 592 meters.

You can also see this natural wonder in the winter by hiking on snowshoes, but in summer this place looks much more attractive, and the trails become more accessible. It’s possible to explore the lake during a two-hour trip around the edge of the caldera in a sightseeing tram that makes four stops in the most beautiful places.

If weather conditions permit, try to cruise and find the Old Man of the Lake in the water. This is a large stump, drifting over the lake in a vertical position for more than a century.

Cyclists will love the 53-kilometer track laid around Crater Lake. By bike you can get to the sites that offer the best views of the lake, but get prepared for the fact that the route is replete with numerous heavy climbs and dangerous descents.

The largest tree in the world 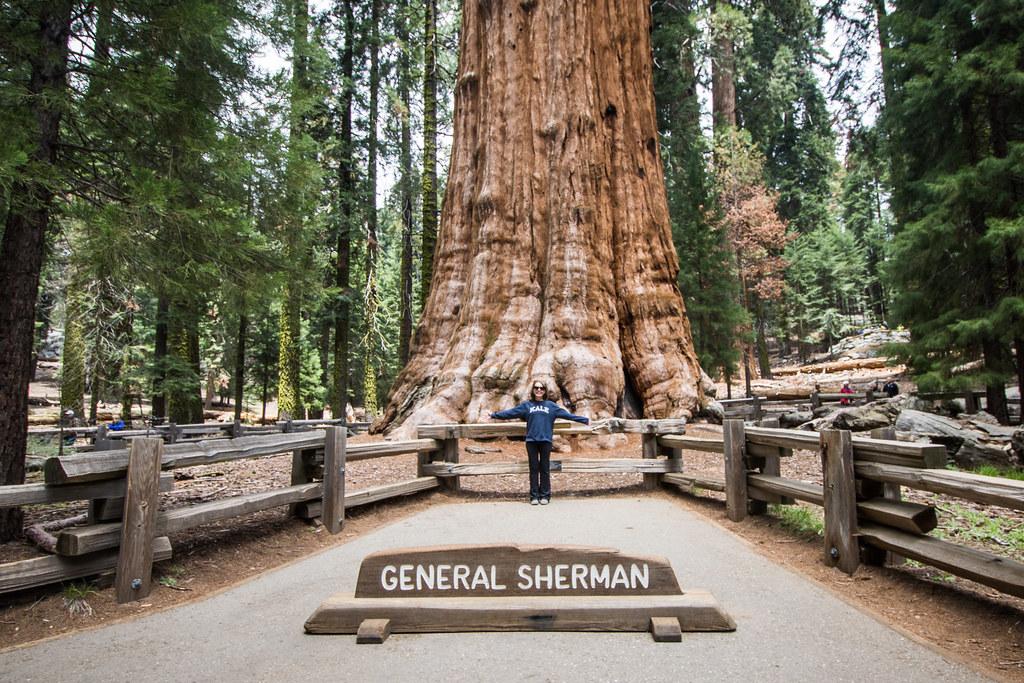 In order to hug this giant, you need to have rubber hands. The huge sequoia growing in the Sequoia National Park, California, was named after the hero of the Civil War - General Sherman.

The tree has the height of 84 meters, and the diameter of the base of its trunk is 31 meters. So, it’s required about 14 people to encircle a tree.

Despite its enormous size, General Sherman is not the largest or tallest tree in the world. But since the volume of the sequoia trunk is 1,500 cubic meters, it’s considered to be the largest living tree on earth.

Sequoia and Kings Canyon National Parks are located next to each other in the southern Sierra Nevada Mountains and offer great views regardless of the season.

The lowest and hottest place in the USA 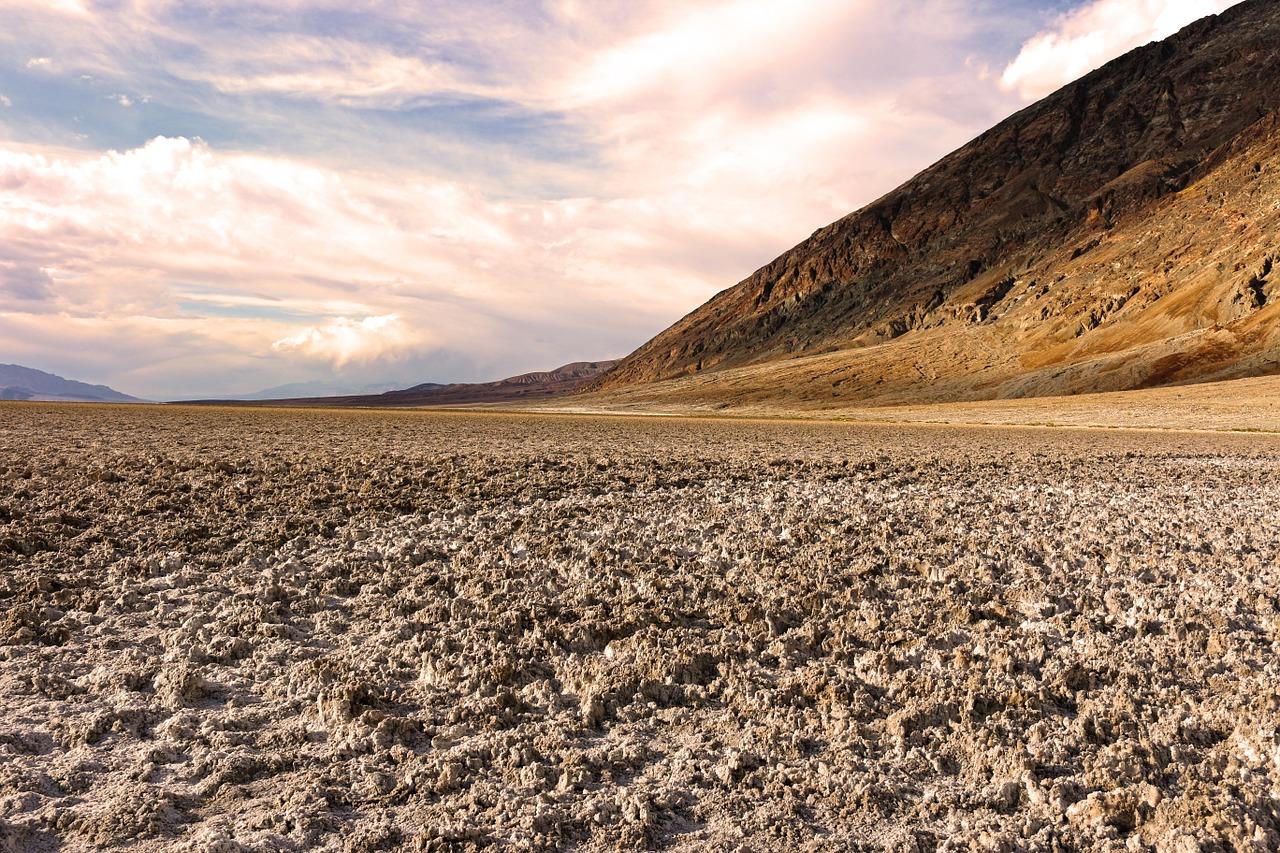 If you are tired of snow and cold and you want to warm yourself well, plan a trip to Death Valley - one of the driest, hottest and most uninhabited places on the planet. Death Valley was formed due to a fracture of the earth's crust, which over time was filled with soil, so it’s situated 86 meters below sea level.

At the same time, the height difference in the valley is more than three kilometers, and this is twice as much as the depth of the Grand Canyon. The highest point of the Death Valley is the Telescope Peak (3,367 m), while the lowest one is the Badwater Basin. Less than 500 mm of precipitation falls in the Death Valley over the year, and air temperature can reach +57°C.

Death Valley National Park is open all year-round, but guided tours are only available in the colder months, from November till April. You can travel the valley on your own, but only from guides can you find out a lot of interesting facts about local geology, flora and fauna.

The highest natural arch in the USA 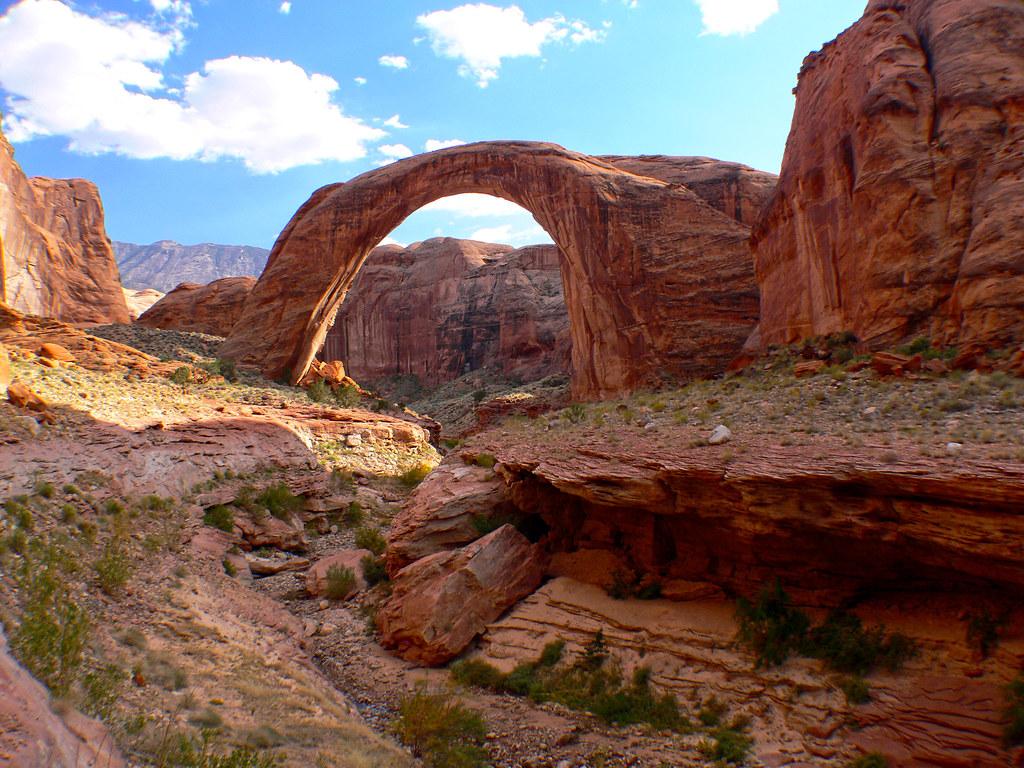 An amazing natural structure is located in Utah. This is the largest arch or bridge in the United States, formed as a result of weathering more than 200 million years ago. Scientists were able to prove that during the Triassic and Jurassic periods significant climatic changes occurred, due to which the sandstone of the bridge seemed to melt, as a result of which the arch became very strong and didn’t fall apart.

Most tourists admire the 88-meter Rainbow Bridge from a special viewing platform, but if you can get permission from the Navajo Indians, you can see other amazing formations along the Navajo Mountain range.

Not far from the Rainbow Bridge is another amazing natural attraction of America - Lake Powell. This is an artificial pool on the Colorado River, located on the territory of two states at once - Utah and Arizona.

It’s better to explore these places by a houseboat that you can rent from one of the local companies. You’ll be able to travel along the entire coastline of Lake Powell, which is more than 3,200 km.

The deepest canyon in North America 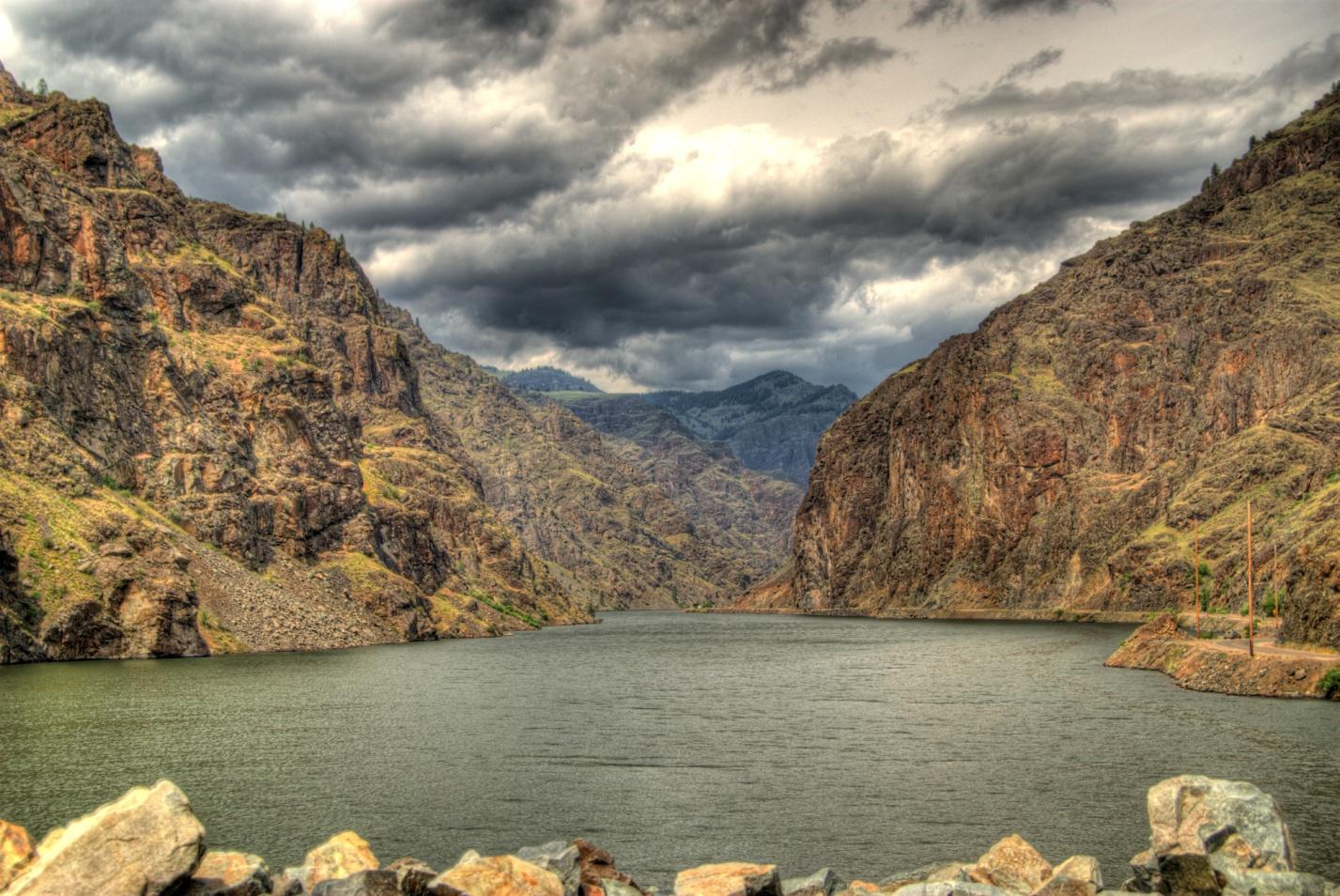 The Grand Canyon is the largest canyon in the United States - its length is 446 km. But it can’t be called the deepest canyon. This honorary title is owned by another gorge - Hells Canyon, located in the eastern part of Oregon, on the border of Idaho and Washington.

At the deepest point, measured from the top of Devil's Peak to the Snake River, the vertical drop is 2,452 meters, while the deepest place of the Grand Canyon has an indicator of only 1,829 meters.

The most beautiful place of the Hells Canyon is Devil Peak. You can see it by driving along the 350-kilometer Hells Canyon Scenic Byway.

Navigating the Job Search After a Toxic Work Environment Experience

How Do I Get Good Roofing Leads

Understanding Alcohol Dependence In Adults: 10 Things You Should Know

4 Things to Know Before Moving to Buckeye

7 Reasons You Should Have a Will

What Are Smart Home Technologies: A Guide For First-Time Homeowners

The Best Gaming Laptops on the Market Today

🥇Best Backrest Pillow with Arms of 2023: Reviews and Buyer's Guide🏆